The campaign was launched in partnership with OOH giant Times Media. 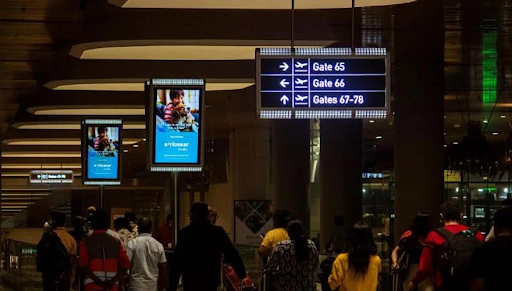 A 130-year-old industry leader, Kirloskar refreshes its campaign with a new age Digital OOH at the Mumbai Airport in partnership with Times OOH.

The spirit of innovation and purpose was captured through a new OOH Campaign – “Limitless” last year which has now been taken to the masses with the help of Airport Campaign.
The refreshing and re-energizing new campaign looks to expound on the Limitless philosophy in a simple, relatable & engaging manner that celebrates the brand’s shared philosophy with that of the innate human desire to challenge the limits and live, think and dream limitlessly. The brand in association with their advertisement media agency- Lowe Lintas has worked on designing the right creatives that easily explains the brand philosophy and offerings. Hence, the creatives were coined using the greatest manifestation of people who truly believe there are no limits – children.

The OOH campaign’s creative aims to draw a likeness between the child-like belief and imagination that anything can be made possible. It definitely increases audience impression numbers and dwell time as Digital OOH medium gives more scope for innovation.

The brand is strategically running multiple creatives on a variety of Digital screens across the departure and arrival of the airport. Digital OOH media is giving an extended reach to the brand with multiple creatives as the format ensures the continued interest and attention of the passengers at the Mumbai Airport. The campaign has been deployed for a duration of three months. 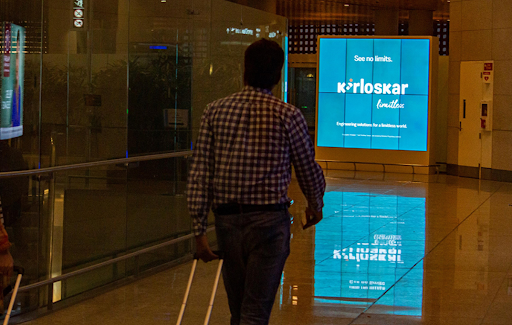 “Kirloskar Limitless is an overwhelming campaign. Kirloskar is one of the most renowned and successful brands in the country and working with them has been an enriching experience for us. The brand has chosen Mumbai Airport Media exclusively in the OOH marketing to seek the right exposure for their biggest marketing stunt in recent times. While the airport audience is the best suited for the brand, the premium quality Digital OOH media is also enhancing the exquisiteness of the creatives.
We are looking for promising and longstanding outcomes for the brand”, says Sumit Chadha, Business Head, Times OOH. Times OOH offers comprehensive media solutions across Airports, Metro, and Street furniture in India and Mauritius.

Sailesh Muthu, CEO of AdMAVIN said that “A brand like Kirlorkar is known for innovative products and out of the box OOH Campaign. AdMAVIN has helped several brands in airport advertisement by their in-house product Air Transit Analyser where one can understand the arrival and departure time of flights and with the right kind of analytics one could plan smart advertising campaigns designed for specific target crowds at specific hours of the day in and around the target Airports.

Sailesh also predicted a great future for it. As per him, rising working groups and widening middle class demography has caused a major boost in the aviation sector of India in the last decade and India will become the third largest aviation market worldwide, in terms of passengers by 2024 according to current studies.

Reach out to us on contact@admavin.com for more such ideas. What do we do? AdMAVIN specializes in OOH Advertising Technology and we operate from IIT Madras Research Park, Chennai.